If you’ve read the Harry Potter series written by J.K.Rowling, you must know the school for all young witches, which is also where most of the content in the novel takes place, which is Hogwarts Castle. In this blog, we will give you some more information about this castle and produce you one of our Omoshiroi Block products – Harry Potter Omoshiroi Block:

What is Hogwarts Castle?

This is a school that trains people with magical abilities to become witches and wizards in England and Scotland. It is described as a boarding school, accepting students between the ages of 11 and 18. There is no information about the student population, but there is a theory that there are 280 new students every year.

In Harry Potter, there are 2 more magical schools, the Beauxbatons Academy in France and the Durmstrang Academy in Bulgaria.

There is no information about financial resources or school expenditures of the school. But students do not have to pay any tuition fees, only textbooks, and materials, study equipment have to buy by themselves. Poor students can be supported by the school through scholarships, notably Tom Riddle.

The castle’s gardens were very large, including a vast lake, a dense forest, several tree-lined greenhouses, watchtowers, and a Quidditch courtyard.

The school was enchanted to prevent intrusion with earth balls and flying brooms. At the beginning of the school year, the students will be greeted as soon as they leave the station and take a boat to the school, from the second year on, they will travel by car pulled by Vong. In Hogwarts, a history explains how the school was also concealed from the Muggle people by disguising itself as a dilapidated house (danger! Avoid getting close …) and enchanted with the impossibility to project ( cannot be drawn on the map). Everything Muggle’s electronic and high-tech items are ineffective here.

The Hogwarts Castle is a great inspiration for Omoshiroi Block Store products. 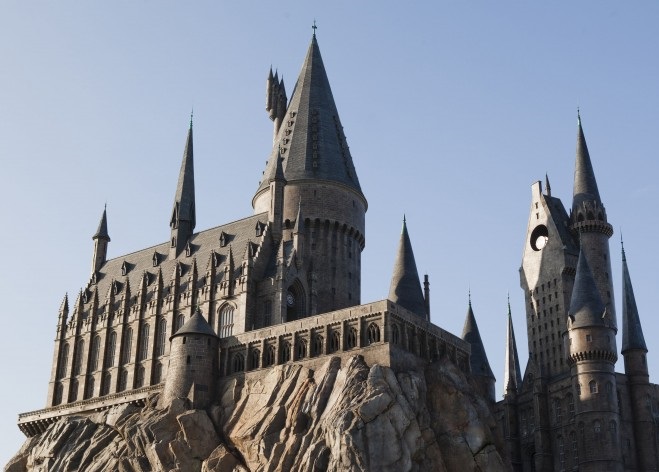 In the Harry Potter series, there are 4 houses in the Hogwarts School Godric Gryffindor, Salazar Slytherin, Rowena Ravenclaw, and Helga Hufflepuff. Each family has its own Quidditch team – also competes against each other for the Quidditch Cup. These two rivalries gave rise to a rivalry among the houses, especially between the Gryffindors and the Slytherins — the two houses throughout the series. Students both live and study in Hogwarts. Each year, several groups from each home share dormitories and classrooms. In real life, there are many schools in English speaking countries also use this system. Like many other topics at Hogwarts, author J. K. Rowling applied true boarding schools to bring life to the world of Harry Potter. House rivalries, separate hostels, and the scoring system are all about the real world.

The Gryffindor family focuses on courage, chivalry, and boldness. The iconic animal of this house is a lion; the colors are magenta and yellow. Near-lose-head Nick is the house ghost. The founder is Godric Gryffindor. This is said to be the best dorm in Harry Potter and a longstanding rival of the Slytherin family. Located in one of the castle’s tallest towers, the entrance to the Gryffindor house is located on the 7th floor and is protected by a portrait of Lady Fat, dressed in a pink dress. She only allows entry when given the correct password (always renewed). Gryffindor strongly corresponds to the element of fire. The gems of the House are rubies. The head of the Gryffindor family for the first six years of the series is Professor Minerva McGonagall. However, when she was promoted to Principal, the position was vacant and she was re-elected in Harry Potter and the Deathly Hallows when Severus Snape became Principal. Some of the outstanding students of the Gryffindor family are as follows: Harry Potter, Albus Dumbledore, Hermione Granger, The Weasley Family, Neville Longbottom, Minerva McGonagall, Parvati Patil, Seamus Finnigan, Dean Thomas, Lavender Brown, Oliver Wood, Angelina Johnson, Alicia Spinnet, Katie Bell, Group of Thieves – James Potter, Sirius Black, Remus Lupine, Peter Pettigrew, Lily Evans, Colin Creevey, Dennis Creevey, Romilda Vane, Lee Jordan …

Hufflepuff, founded by Helga Hufflepuff, emphasizes hard work, loyalty, assertiveness, patience, friendship, and good play, not individual talent. The animal symbol for the house is the badger, canary yellow, and black is the color of the house. The fat monk is the ghost of the house. According to Rowling, Hufflepuff corresponds to the Earth element. The Hufflepuff dorm and the common room are located somewhere in the basement, close to the castle’s kitchen. The gems of the house are diamonds. The current president of the Hufflepuff House is a Professor of Herbal Medicine at Pomona Sprout. Notable Hufflepuff members: Cedric Diggory, Pomona Sprout, Hepzibah Smith, Nymphadora Tonks, Zacharias Smith, Hannah Abbott, Susan Bones, Justin Finch-Fletchley, Ernie Macmillan and Newt Scamander (author of Fantastic Beasts and Where to Find Them)

Ravenclaw emphasizes intelligence, knowledge, creativity, and a sense of witty humor. The iconic animal of the house is the falcon, the main colors are navy blue and copper (in the movie blue and silver). The Ravenclaw’s ghost was Helena Ravenclaw, the daughter of Rowena Ravenclaw, or Mrs. Gray. House founded by Rowena Ravenclaw. According to Rowling, Ravenclaw corresponds to Qi. The common room and home dormitory are located at Ravenclaw Tower on the west side of the school. To get into the tower of the house, you need to be able to answer a question intelligently. Very few Ravenclaw members are mentioned in detail, and in general, they are not mentioned much in the Harry Potter series. The current head of the Ravenclaw House is Professor Filius Flitwick. The gem of the house is sapphire. Notable Ravenclaw members: Cho Chang, Luna Lovegood, Filius Flitwick, Myrtle Elizabeth Warren, Terry Boot, Michael Corner, Anthony Goldstein, Padma Patil, Lisa Turpin, Mandy Brocklehurst, Marietta Edgecombe, Penelope Clearwater, Roger Davies, Garrick Ollivander, Gilderoy Lockhart, …

Like Salazar Slytherin, the founder of the house, the Slytherin family values ​​ambition, cunning, leadership, and resourcefulness. The Sorting Hat has said that the Slytherin witch will do whatever it takes to get what they want. The symbol of the house is a snake, the main colors are green and silver. Professor Horace Slughorn is the Chair of the Slytherin House, replacing Professor Severus Snape, who had previously replaced Slughorn when he first retired several years ago. Bloody Baronet is the ghost of the house. According to author J.K.Rowling, Slytherin corresponds to the element Thuy. The gems of the house are emeralds. The Slytherin dormitory and the common room were located behind a stone wall in the dark cellar. Slytherin common room is a long, light blue room located under a lake, filled with skulls and made of silver.

The Sorting Hat confirms in episode 5 that pure blood is one of the top factors in determining Slytherin student selection. However, there is no guarantee that Muggle-born students will not be included, simply that purebred students will be given more priority, and hybrid blood like Voldemort or Snape will still. is assigned to this house. In episode 7, a group of bounty kidnappers said that the “muddy blood” was rarely placed here.

In episode 7, thinking he had killed Harry and won, Voldemort announced the abolition of the three remaining houses and forced all Hogwarts students to become Slytherin students. But that intention failed after his death, and from here on, the Slytherin family became more integrated and the family’s distinction ceased. However, the bad reputation for the house’s training of dark wizards still exists.

From the novel to the Harry Potter Hogwarts Castle Omoshiroi Block 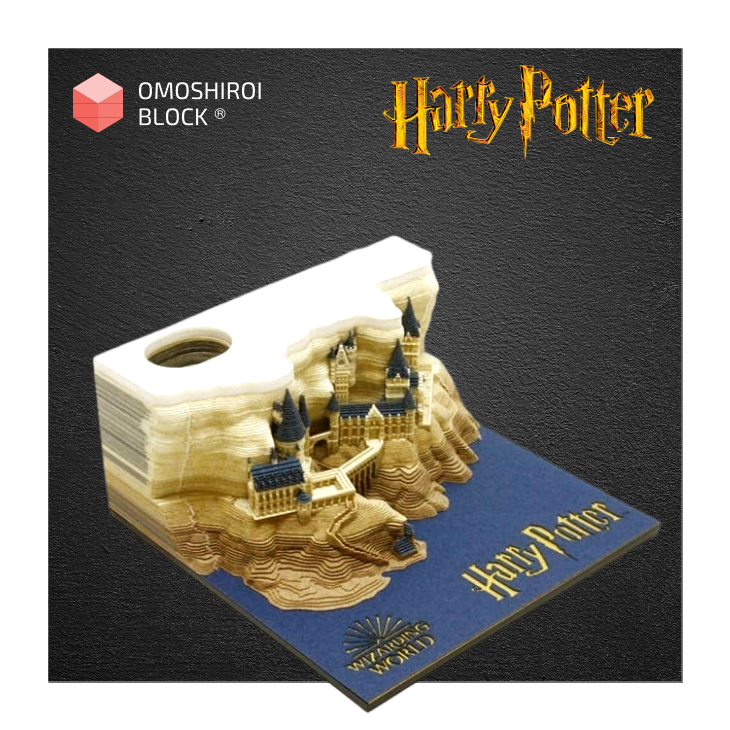 Read more about Omoshiroi Block at:

Chinese New Year Holiday - All Orders from Jan.26 will process after Feb.9 Dismiss